People are corporations, too 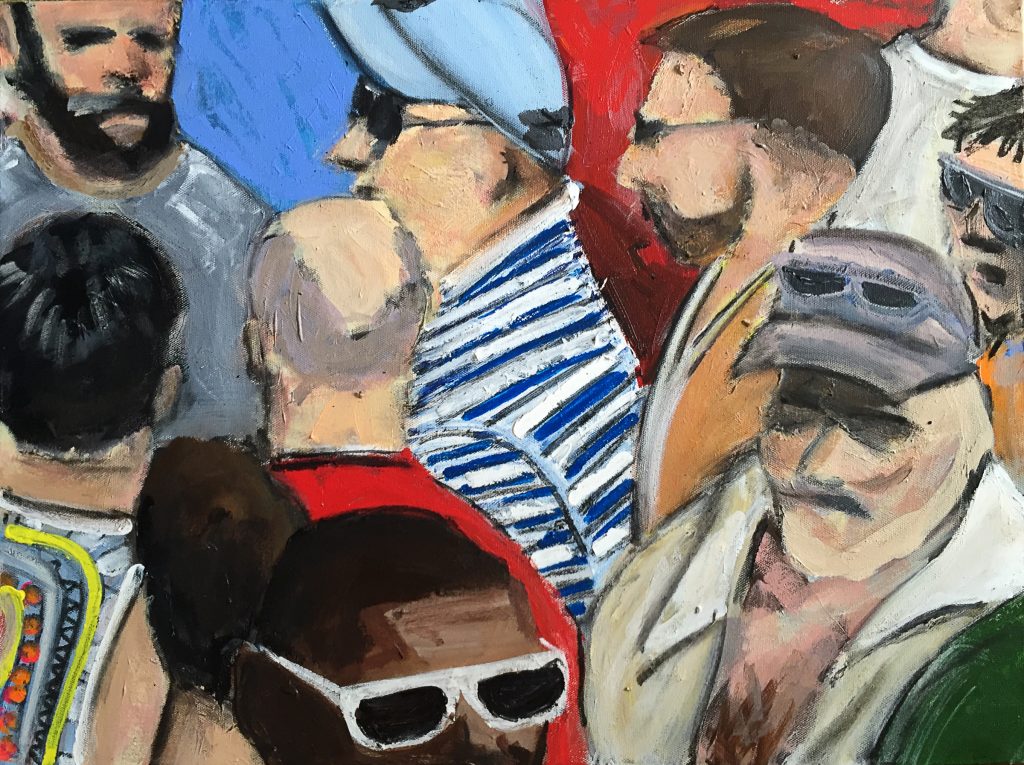 I primarily work in oil and do landscape studies. Recently I was looking at some work I had done last year that was influenced by gay culture in Provincetown. So much drama happens within a few short weeks of “season” and I thought it is more or less a landscape in of itself. The social circles of old friends, annual pilgrimages, theme weeks, and venues create a microcosm of fleeting romances and relationships — some that last a lifetime or one evening. Ubiquitous settings such as “Tea”, as well “The Pool”, offer the most exposure to meeting someone special (I’ve known marriages born from these events) to someone for right now. I chose acrylic due to its fast drying time to lay down blended color that seemed more representational of perceived recollections of these moments in the summer sun. 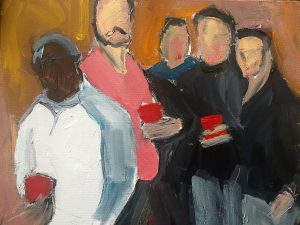 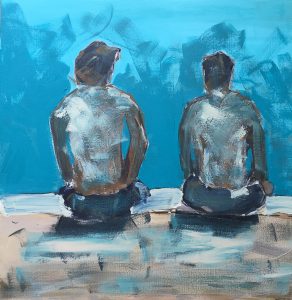 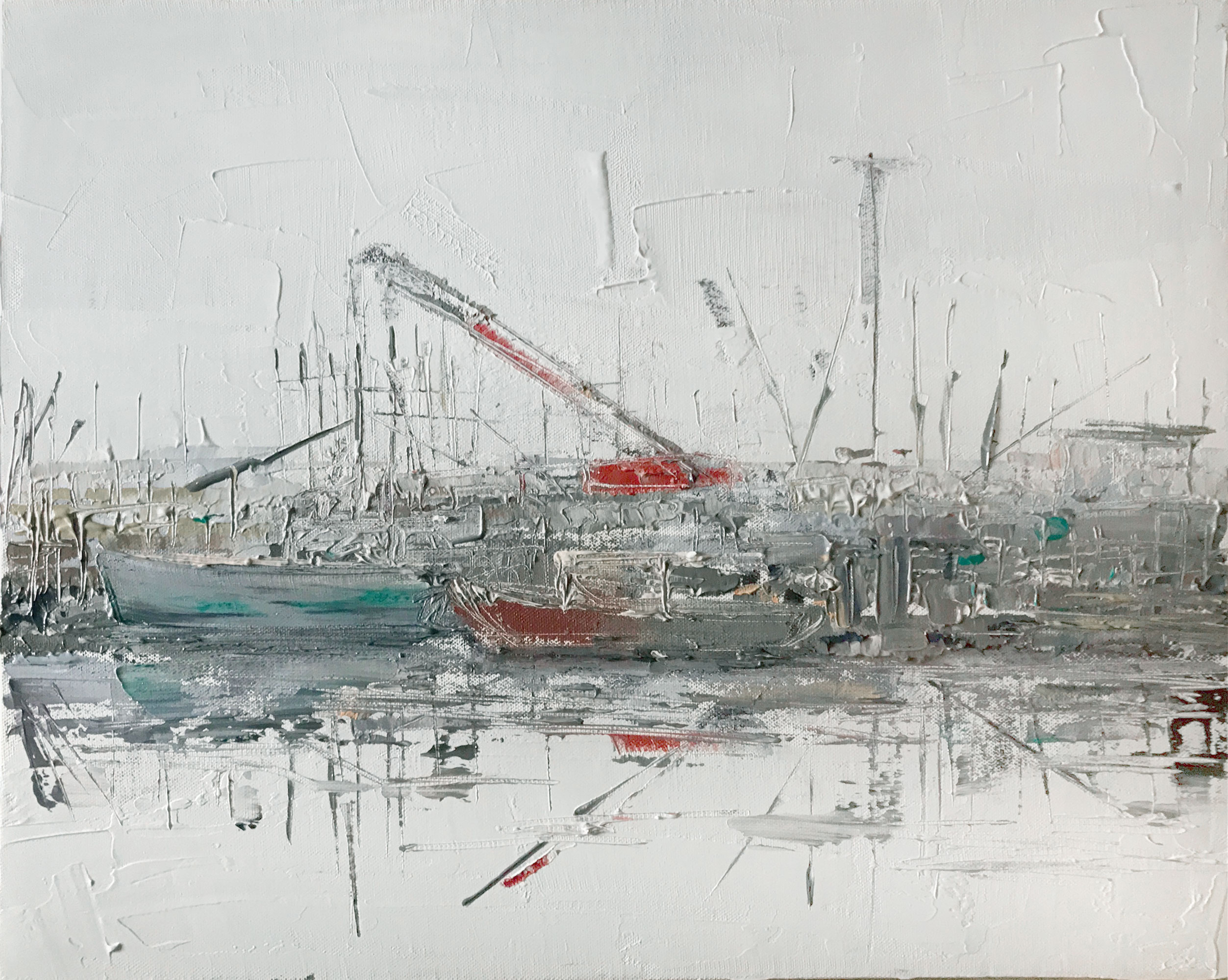 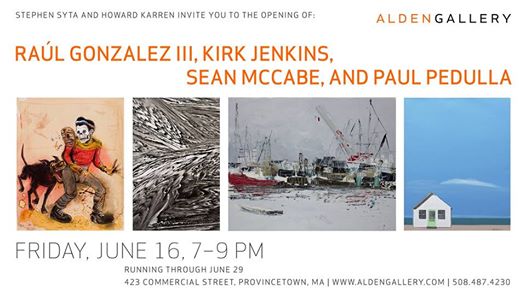 This body of work was done in residency at the Bakehouse Art Complex in Wynwood, Miami this winter and spring. The wharf in Provincetown continues to inspire in it’s geometric forms, ever changing nautical traffic, palette, and mutable appearance via the weather that the end of the world experiences. I continually photograph the location and cull through it months later for a basic foundation of the series. Recently, a respected art collector and friend of mine compared a piece of mine to that of the prolific painter, and Provincetown icon, Edwin Dickinson and gave me a book of his work. Humbled, I could only can strive to reach such heights. Of interest is that the Provincetown Art Association and Museum has recently acquired a body of Dickinson’s work. I hope to see more of this legend’s work by any means necessary.

Opening reception is June 14th at Alden Gallery. Come see the work and the other great artists I’m honored to be showing with.

Hey. Been a while. I’ve been busy during my residency at the Bakehouse Art Complex in Miami since February. I have to say, it’s been extremely productive and crucial to this new work. Anyone who paints out of a home studio knows that most people think you’re just home all day. It’s very easy to get distracted and end up talking on the phone, doing a load of laundry, have someone ask for a ride, or wait two hours for a contractor that ultimately is a no-show. A studio setting is like having an affair with yourself. No one knows where you are really or how long you’ll be out. You come home smelling like you’ve been somewhere. It’s a place of nearly no distraction and the world gets on until you answer a text or lock the door until tomorrow. It’s liberating and a luxury. I’m grateful to be working well into 2018 here and with a talented pool of fellow creatives. That’s of equal importance in being in an art complex, the ability to critique and drink tequila… If you’re in Wynwood come on up to floor two and say hi. No one needs to know. We’ll do a shot. We’ll keep it a secret…

I’ll be part of a Memorial Day group show called “Wall” at Alden Gallery in Provincetown.

I’m also part of a group show at Alden June 16th and my work will be up throughout the year. 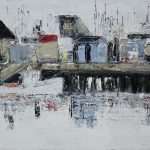 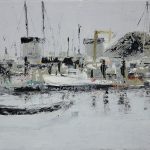 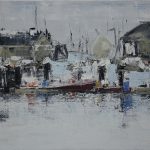 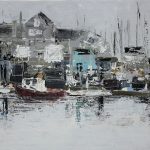 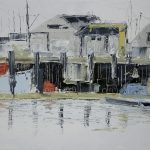 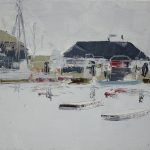 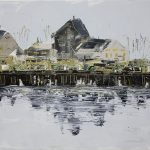 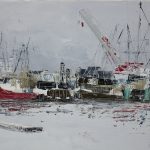 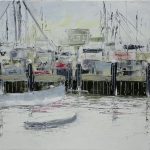 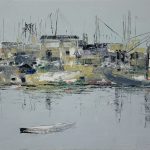 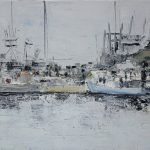 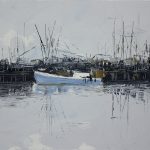 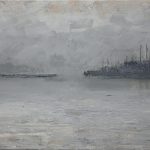 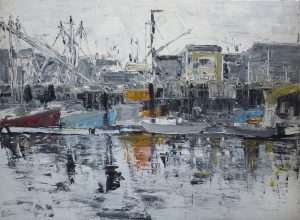 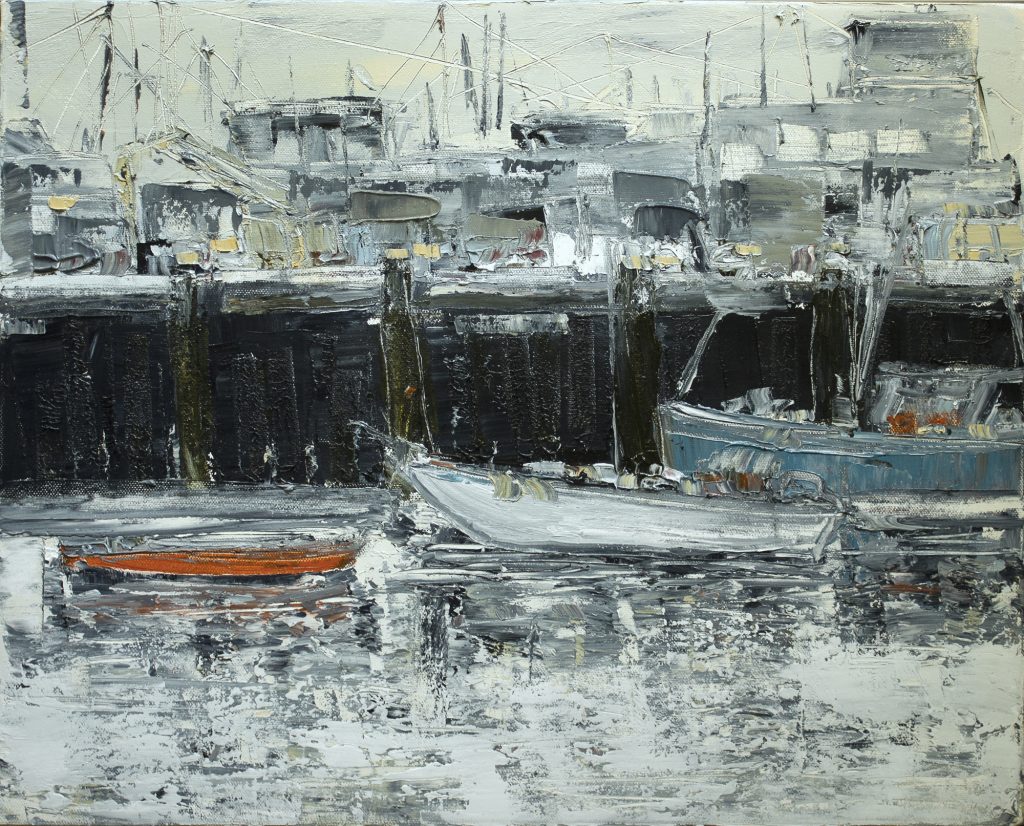 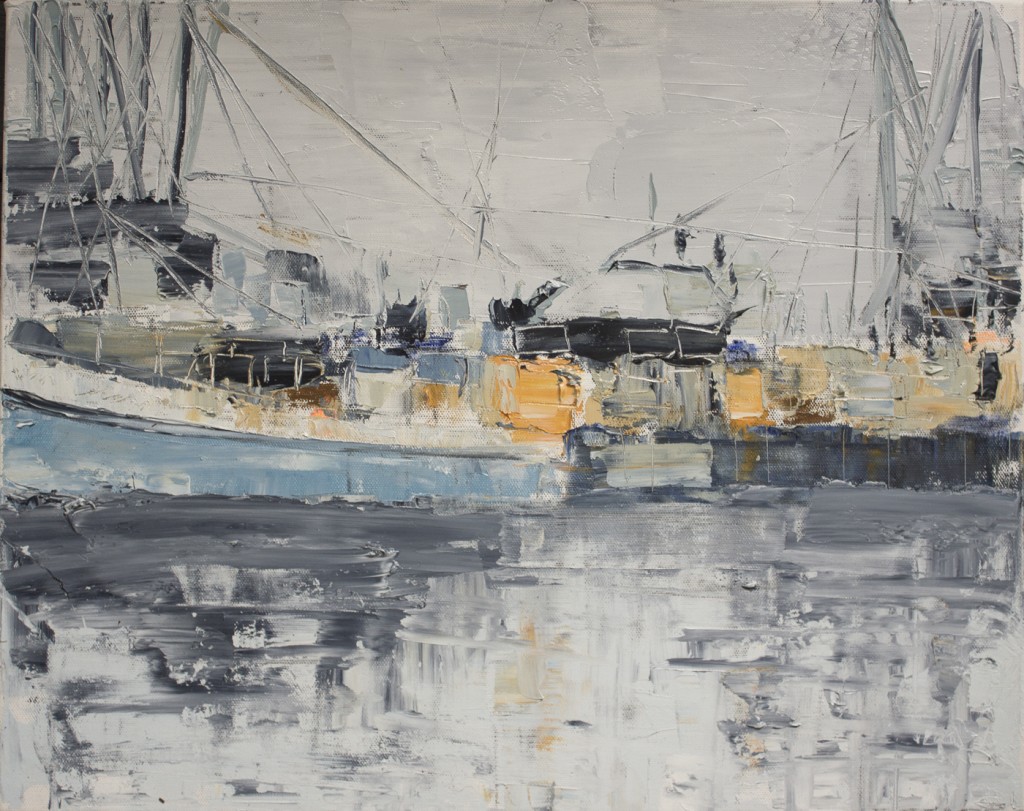 It’s been MONTHS since I’ve posted anything. Busy.

I’m part of two juried shows under my alter-ego, Sean Mick. The first is 3s Artspace in Prortmouth, NH. That show is up August 5th – September 3rd. It was selected by Christopher French for the 3S Juried Exhibition: On The Map.

In Boston, I’m part of the the Juror’s Choice at Uforge Gallery selected by Elizabeth Devlin up August 5th – 28th.

Please visit these extraordinary galleries if near by. 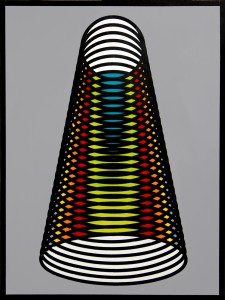 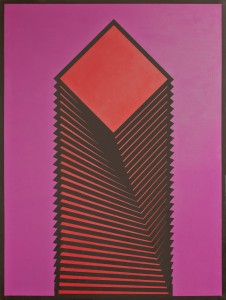 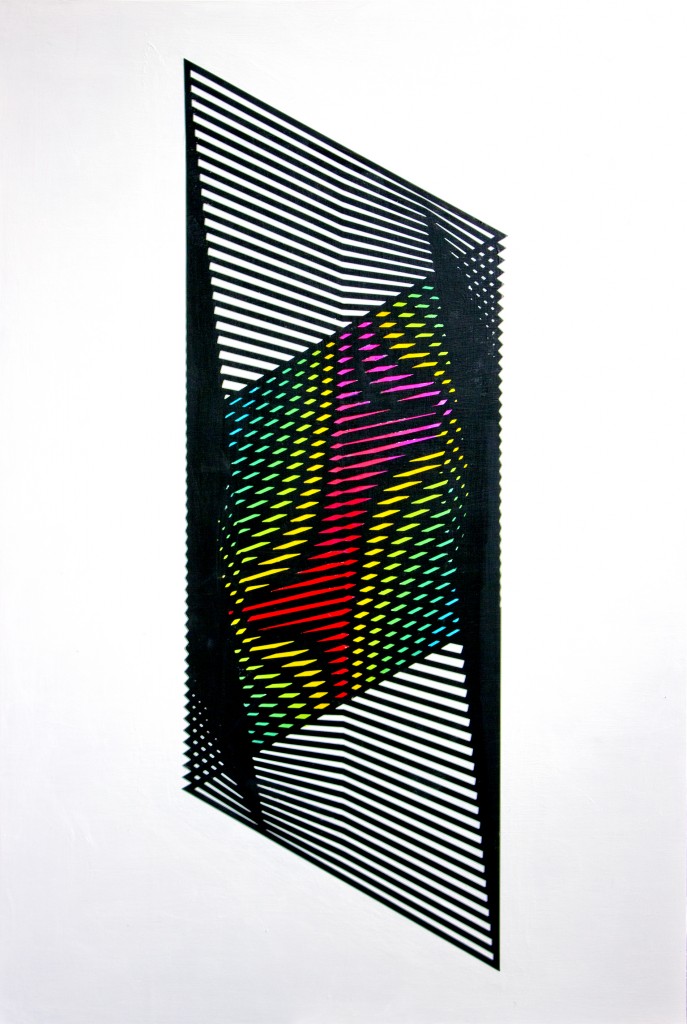 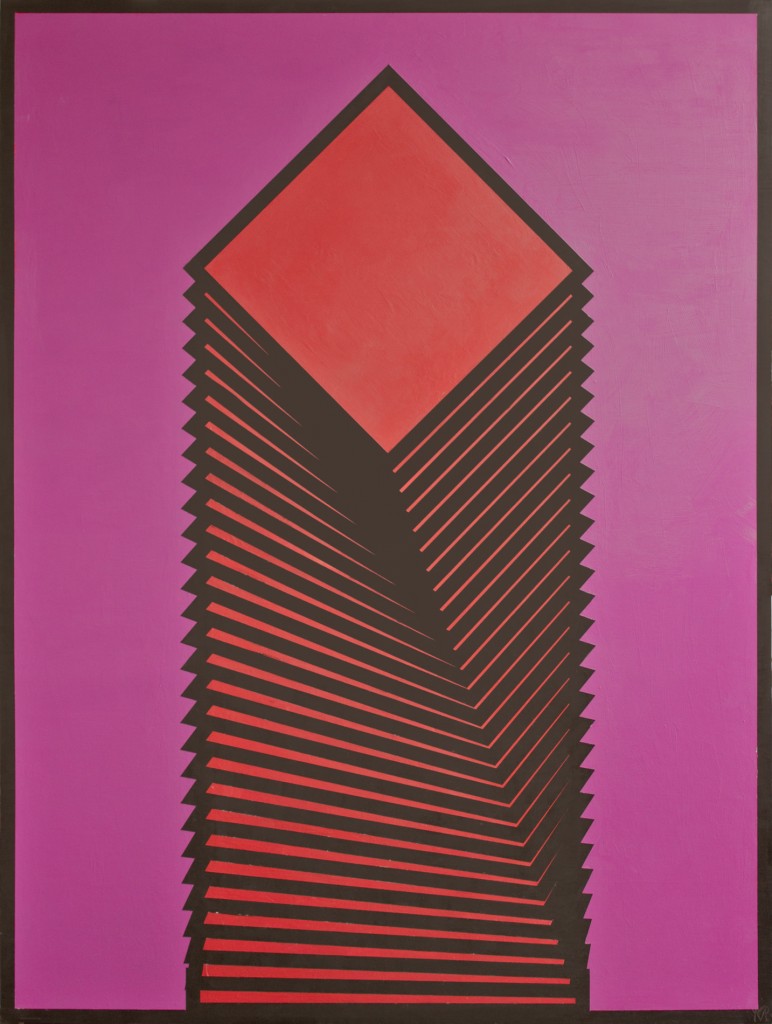 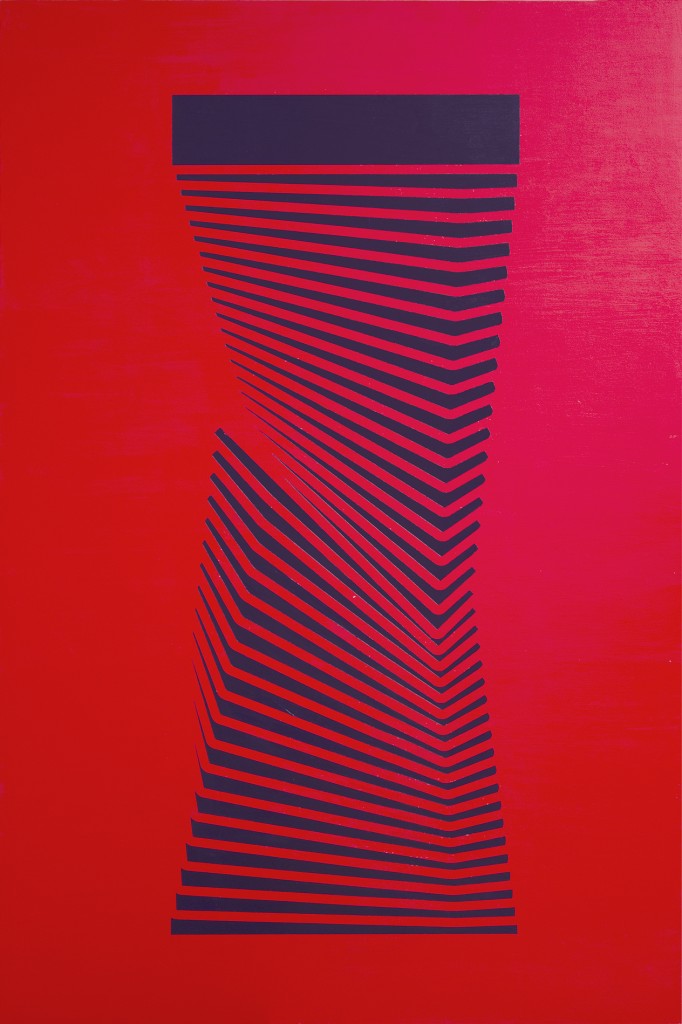 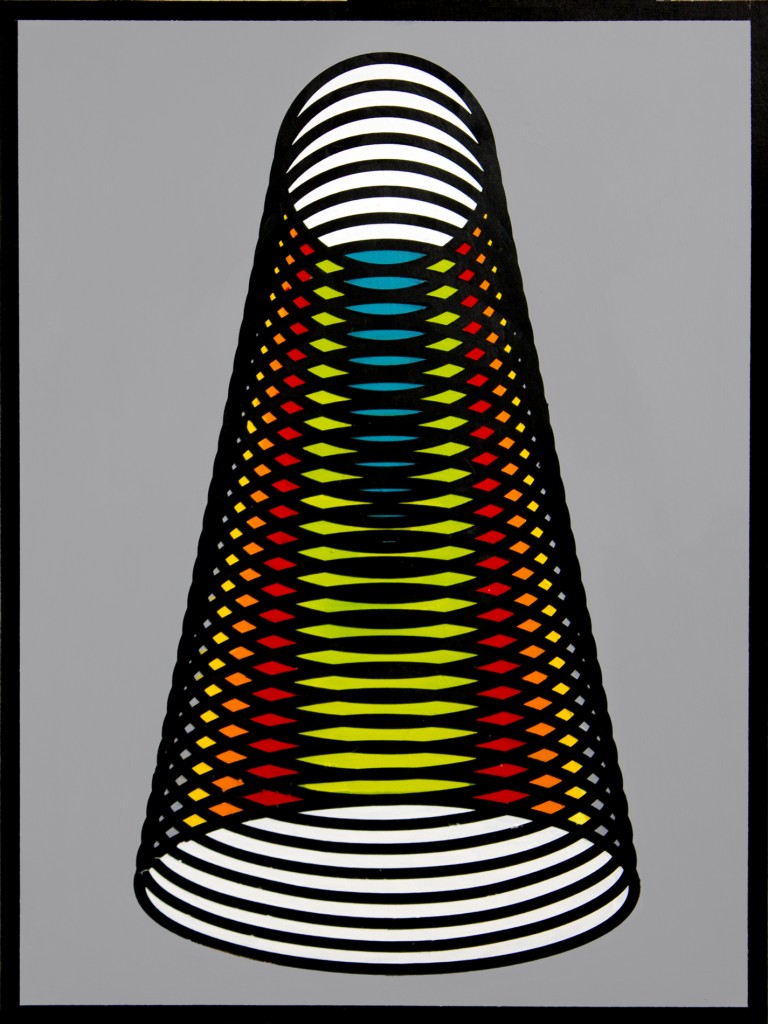 These geometric constructs represent individuals I’ve met. People and animals have an energy to them, a vibe, a presence. There is a feeling of wavelength involved and these indelible energies reflect what we are inside; contradictions, hopes, addictions, ego, love, self awareness, doubt – all part of our complex composition.  This work looks to visually interpret the presence of the subjects. A sort of portrait or study drawn from the immaterial and intangible yet somehow recognizable, or at least equatable, of who they are. 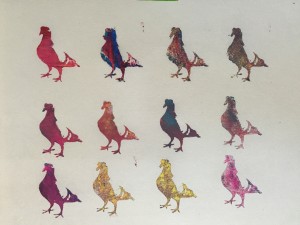 Some new ink block on paper works of mine will be shown during this month’s First Thursday at Caramelo Clothing Company. The work is a departure from paint on canvas and somewhat of a reaction to our trip to Spain and France this fall. Influenced by street art (Europe is packed with great work), contemporary art, and printmaking this is my first in these series. For the portrait series, I approached the print blocks not as the method of predominately creating the image but instead serving as a building components of the image. Thematically it’s a reflection on how we eat, what constitutes food and at what expense. Although the “vocabulary” of the printing blocks will expand, I started by using my styled initials that serve as a signatures for my canvases and other works. In the second block printing approach, I’m using repetition to make spot paintings reminiscent of Thomas Downing and Andy Warhol. I’m fascinated by color blocking and association told in primitive form. I also admire repetition as way of allowing the viewer to observe color, and not the subject, to convey distinction.

If you’re in JP tomorrow, or at all during November, please stop by this beautiful store and take a look. Price sheet will be up front. The holidays are coming. Just say’n. – SM